Sections on this page:

The PI selects a subrecipient based upon the organization's technical expertise and potential ability to perform a portion of the scope of work successfully, within an infrastructure that meets certain federal internal control and policy requirements.

Once a potential subrecipient has been identified, the DLC must take the following steps to ensure that the chosen organization is qualified to be an MIT subrecipient.

The purpose of this process is to ensure that the chosen organization should have a subrecipient relationship with MIT on the project and that it has sufficient ability to manage and administer the terms of the agreement, including legal and regulatory requirements mandated under the prime award, in a timely manner. Because the proposed subaward is part of the proposal, the subaward organization evaluation is subject to the same 5-day deadline as the final proposal. While it is possible to submit proposals where the subaward organization is still in red or yellow status, it is important to get started as soon as possible in the proposal process to allow adequate time to gather information, review and assess risk, and make a determination.

What you will need:

Once the DLC has received at least a preliminary scope of work and budget from the subaward organization, the DLC Administrator should review it to confirm that the relationship with the organization would definitely be that of subrecipient, rather than vendor or consultant. Contact your Contract Administrator or a member of the RAS Subaward Team if you have questions about the proper designation.

Subaward vs. Vendor vs. Consultant 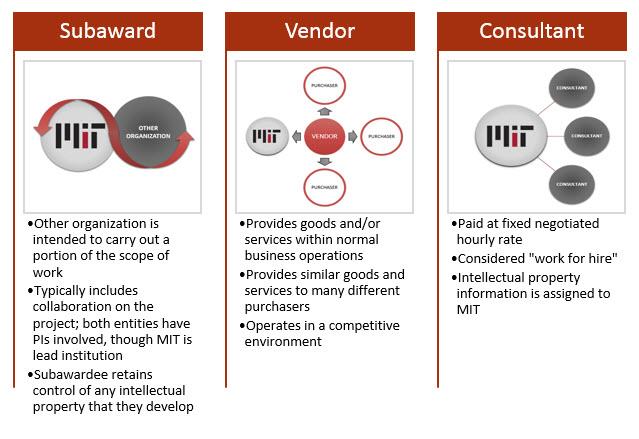 To initiate the Subaward Organization Evaluation process, the DLC adds an organization to the “Performance” screen in the Kuali Coeus (KC) Proposal Development module. 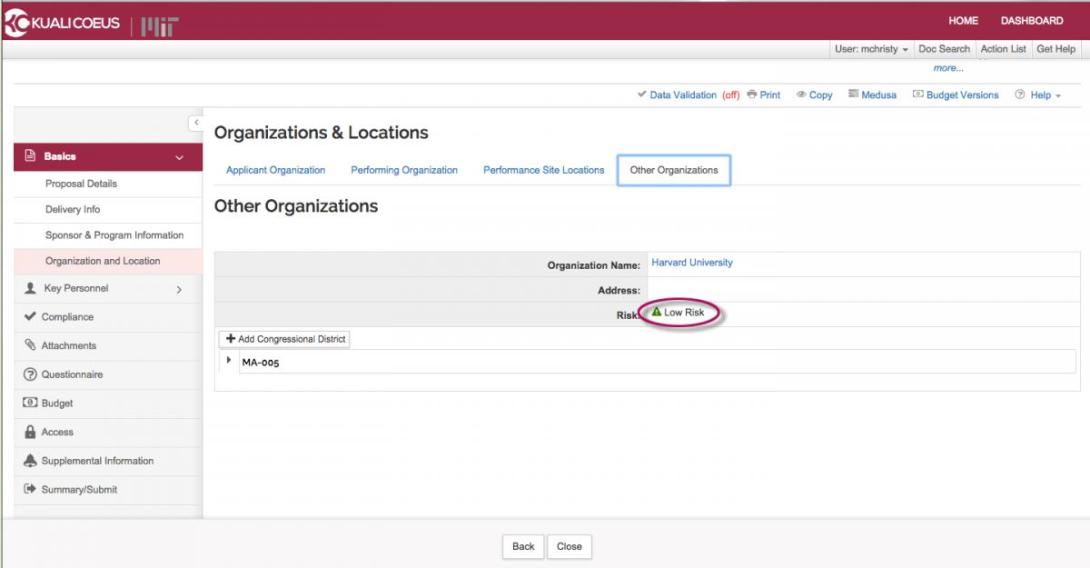 If the organization is listed in KC, there are three possible risk status markers: green, yellow or red: 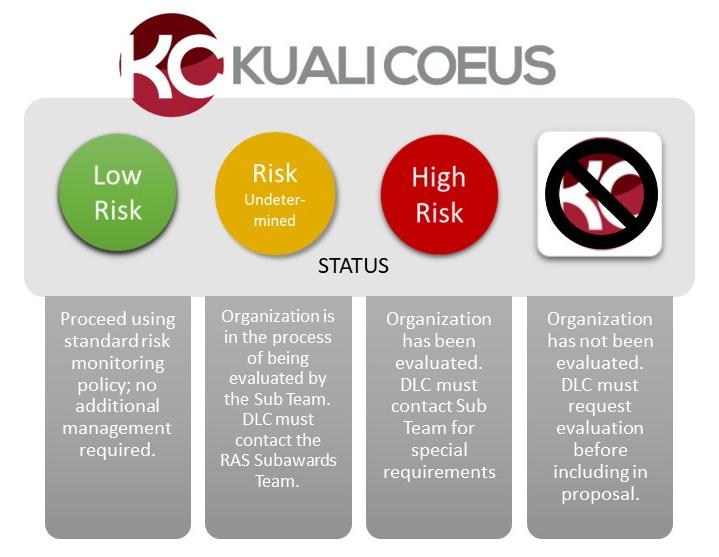 Requesting Assessment of a New Organization

To initiate the risk assessment of a new subrecipient organization, the DLC must submit a request via KC, using the online subaward organization request form.

RAS will enter the new Organization into KC with a “Risk Undetermined” (yellow) status and will begin the risk assessment process. RAS will ask the new Organization to complete a Subrecipient Profile Questionnaire [PDF] and return it to the RAS Subaward Team for review. Once the RAS Subaward Team receives the response, plus the project scope of work, and budget, we can begin the evaluation. 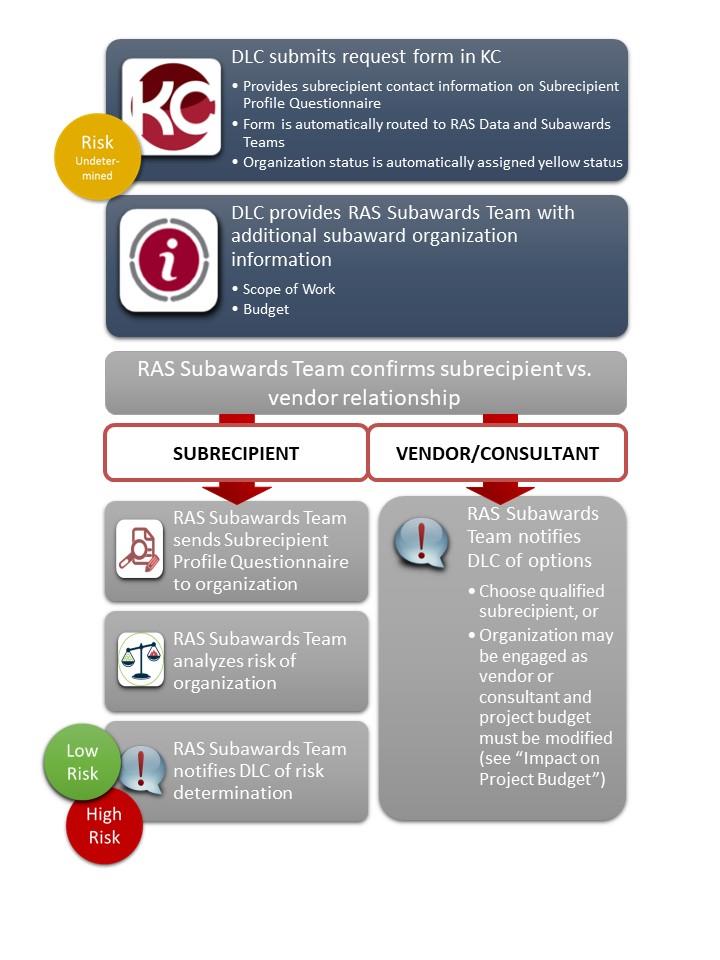